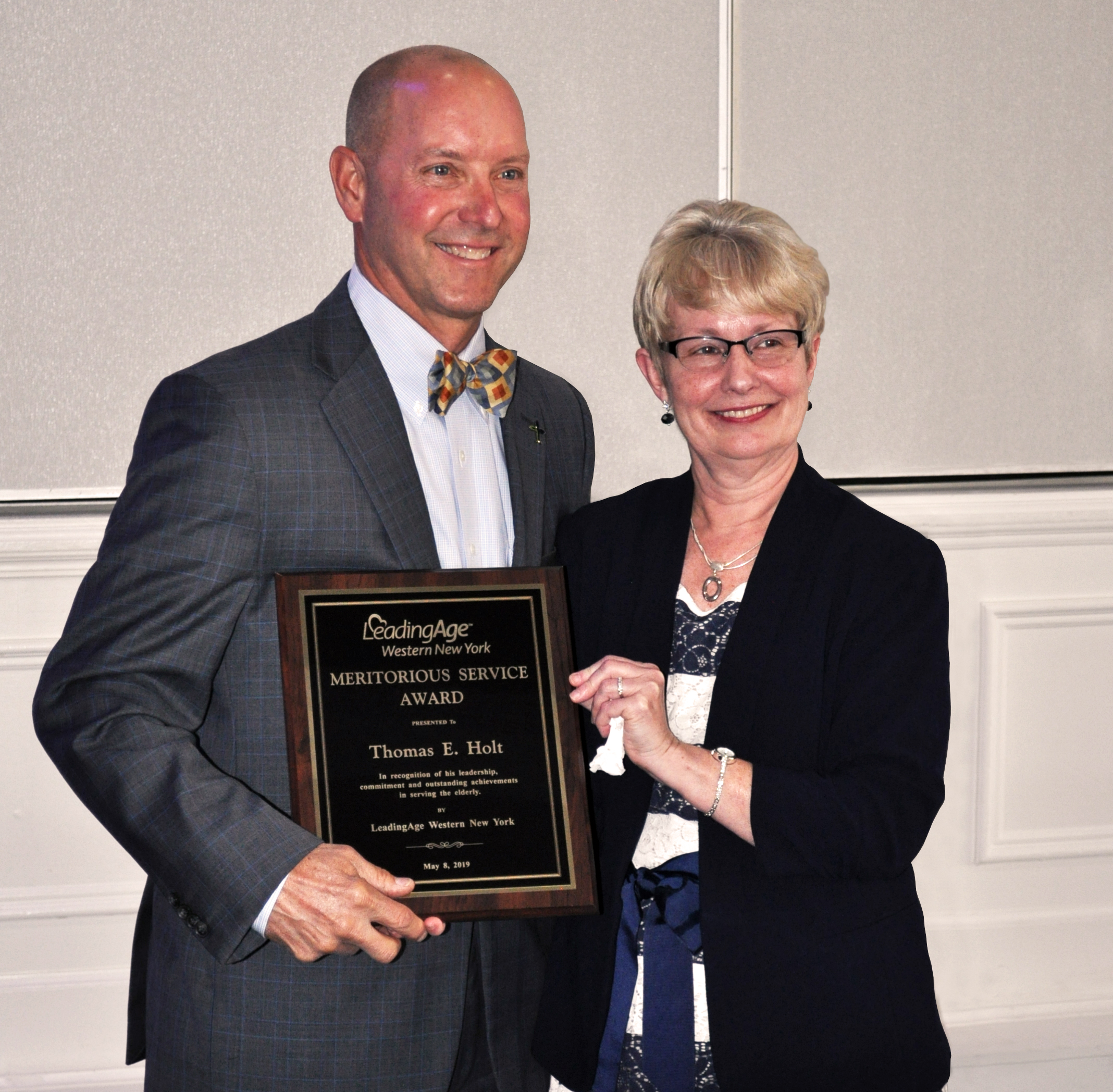 Leadership from Lutheran in Jamestown have announced that Tom Holt, President and CEO for the organization, has received the Meritorious Service Award through LeadingAge WNY, a nonprofit representing more than 60 facilities and service organizations for seniors and adults throughout western New York. The Meritorious Service Award is the highest honor awarded by LAWNY, given to leaders with a long standing commitment to senior care throughout the region.

“Receiving an award like this means a great deal to me,” said Holt. “I have the pleasure of working on behalf of some wonderful people, both in my community and within my own organization. Their hard work is what makes these awards possible. I accept this on their behalf as well as my own,” said Holt.

Nominees for the Meritorious Service Award must have taken an active role in LAWNY, have a minimum of five (5) years of experience in continuing care administration, and be active in their community and facility. The award is not an annual award; it is only given when qualified and appropriate candidates are presented. After nomination, a strict review process follows by the LAWNY Board of Directors.

“Tom has demonstrated himself to be a strong and very capable leader for Lutheran through his many dedicated years of service,” said Terry Havens-Turner, board chair for Lutheran. “His foresight in strategic planning has ensured the long term viability of Lutheran for our community,” said Havens-Turner.

Holt’s career at Lutheran began as a teenager serving as an orderly in the nursing home. After deciding that serving others was the career path he wanted to pursue, he went on to receive a B.A. is Psychology as well as an M.S. in Health Service Administration. He is also a licensed New York State Nursing Home Administrator and has served as a committee member, board member, and chairman for several local and state-level nonprofits and advisory committees.

Located in Jamestown, New York, Lutheran’s continuum of care supports an individual’s journey through life with compassion, dignity and respect.